Optimal, innovative solutions for all your e-commerce needs.

The explosion of 3D scanners and 3D scanning technologies in the ecommerce world recently has left many brands and retailers frustrated and hesitant due to various techniques and technical terms surrounding the technology. The ecommerce world unfittingly uses “3D imaging” with other terms interchangeably. 3D product photography comprises of numerous techniques which have specific roles while complementing each other and enhancing your product photos.

Ten of the most commonly used ecommerce product photography techniques are:

The most common type of imaging technique used in ecommerce is still product photography, accessible in both digital and print media. It is considered as a dense matrix of many pixels, arranged in rows and columns. Captured using standard cameras, 2D images are found in file formats are JPG, TIF, PNG, BMP and others.

This is the second most popular visualization technology in ecommerce. The speed and direction with which one flips through a video can create an interactive experience while 2D images cannot. This helps create an impression that the user controls the turn of the object. Such product photography videos when embedded in 3D environments create a 3D impact.

360 product photography has taken the ecommerce world by storm. These images help create an impactful, interactive experience for customers.

The process of clicking 360-degree product photography involves taking images using either a rotating turntable and static camera or a moving camera set up with a static object.

Multiple rows of 360 images stacked on top of each other create a matrix of the photos. The process of capturing such 360 multi-row photos is that various cameras are seated along a bent arm, each doing a 360 view. Another effective way is to use one camera doing multiple 360 views, moving from the side to the top of the object, moving the mouse left to right flips images along the row, and moving the mouse up and down flips images along the column.

Panoramic images are highly effective in product photography for the inside of rooms and cars, most often used in real-estate and car sales.

These are 2D images projected on a 3D sphere, viewed using a panoramic viewer. The panoramic image is a 2D image, with the width twice the height. The ratio used is = 2:1 because of the 360-degree horizontal views and 180-degree up-down views. Since panoramic cameras and tripods can turn horizontally and vertically, there are best suited to capture multiple images. Finally, the panoramic photo is created by stitched the photos together.

These 2D images provide deep information, in addition to color. 2.5D images are associated with geo-spatial imaging: a LIDAR in tandem with a 2D camera for product photography captures the depth and the 2D image.

Post processing registers 2D images with the depth image, together they are used for generating orthographic images. These images are called 2.5D can be explained based on how a LIDAR sensor, on an airplane, scans a building. It usually only sees the height of the building and not its side.

Latest mobile phones can capture depth images. Merging several depth images, from different angles of the same product, 3D point clouds and 3D surfaces can be generated. Depth images have beginning to play a significant role in ecommerce as they provide accurate size measurements, their role will only increase in the future.

Stereoscopic images are not commonly used. These are sets of 2D images that slightly vary and are shown separately to create the sensation of depth. Separating the two images often requires using special glasses. A few years ago, 3D TVs were actually stereoscopic TVs.

The lack of ability to control focus in stereoscopic images can throw the brain for a loop for several users as compared to 3D product photography.

Imagine that you are walking down a hallway, the stereoscopic images are focused on the far end of the hall. Whereas, if you were looking at a true hallway, your eyes could adjust the focus depending on when needed. The lack of the ability to change focus in stereoscopic images causes headaches for many users. They are not recommended for young users whose vision is still under development.

3D points are a collection of points, where each point has a 3D location and may have an RGB color. Point clouds tend to be sparse and the order in which point clouds are listed does not change the visualization of the data.

a. 3-Dimensional surfaces of shiny, transparent, or dark objects are hard to capture.

b. 3D spatial and depth resolution can be a challenge, especially in objects with holes or high-frequency content, such as hair.

Studies show that most average users easily get lost manipulating a 3D surface and frustration sets in. Interactive product photography like 360 images and movies may provide less freedom, but more control in guiding an average ecommerce user. 3D surfaces are the future and carry immense potential once we can overcome the challenges.

3-Dimensional volumes are often associated with medical images, such as CT scans or industrial applications. They are unlikely to play a major role in ecommerce. These are densely gridded 3D point clouds. Each 3D point has a neighbor.

Ecommerce imaging like interactive playback of movies and 360 views are most effective currently. While 3D models and surfaces might seem complicated, they are on their way to becoming an ecommerce essential. Choose Tulfa’s specialized services to meet your brand’s needs. Tulfa provides high-end quality in guaranteed time period while being cost-effective.

Shoot us an email: [email protected]

Apple’s significant advances in the field of augmented reality with itsgame-changing technology that has the potential to alter how users interact with the physical world through the lens of their smartphones.

Furniture is the most popular category in which US consumers want to shop using augmented reality (60 percent of those surveyed). This is because they want to see how the furniture will look in their home before purchasing it. 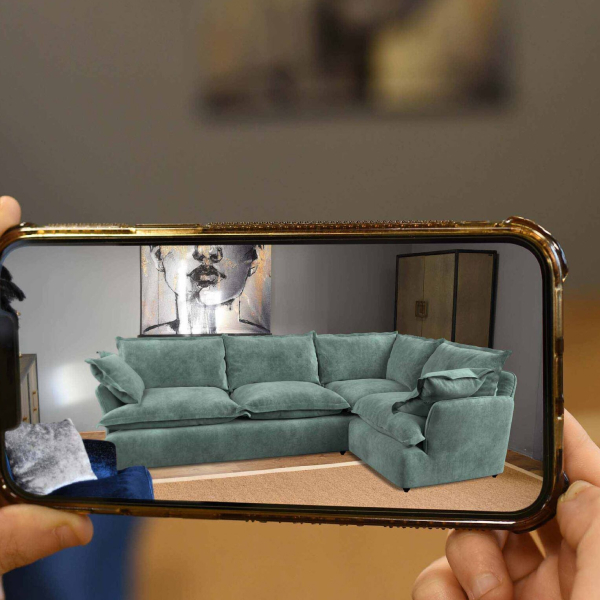 Apple’s significant advances in the field of augmented reality with itsgame-changing technology that has the potential to alter how users interact with the physical world through the lens of their smartphones.