For a free demo, write to us: [email protected]

Augmented reality (AR), a new Pinterest feature will enable users to visualise how furniture or other home décor goods would appear in their own homes. Major stores like Amazon, IKEA, and Wayfair have already used similar technology, as have other players in the home design industry like Houzz. To enable online consumers to virtually place products in their homes using the Pinterest app’s “Lens camera,” Pinterest is collaborating with a small number of U.S. shops, including Crate & Barrel, Walmart, West Elm, and Wayfair. The consumer may then proceed to buy the item straight from the store if they like what they see.

The biggest AR retail investment made by Pinterest to date

Pinterest’s virtual home décor purchasing experience will debut in the United States across more than 80,000 shoppable Pins. Additionally, it is the third “Try On” product that Pinterest has introduced in the previous two years. With Try On capabilities and 14,000 shoppable Pins, it made its first forays into the beauty industry. This allowed customers to visually experiment with various eyeshadow and lipstick colours. In other words, Pinterest had only yet to experiment with displaying objects directly on users’ faces rather than in actual spaces. All of Pinterest’s Try On experiences have the same objective of converting product ideas into sales, even though the technology isn’t nearly the same as before.

Indulge in a host of exciting features

Users in the United States can click compatible home décor Pins and then choose “Try in your Space” to view the virtual product through the camera. Users may explore the product details, including pricing, and modify the item in their own area. To make a purchase, users just click the Pin once more to be sent to the retailer’s website’s checkout page.

The main goal of Pinterest throughout the years has been to convert consumers’ more casual surfing into retail sales. The company entered this market late last year with the release of Idea Pins. Its first video-first product, and has made investments in creative tools that would enable online influencers to monetize their content.

The AR retail sector is in the maturing phase

It is obvious that Pinterest was not the first to provide its new AR function for purchasing furniture and décor. But it’s still early for the AR retail sector. The tools available to AR developers, such as Apple’s ARKit, which have continuously improved over time to make the end-user experience less burdensome and clumsy, have initially hampered popularity in this area. Additionally, app developers are still working out how to appeal to consumers with AR purchasing. For instance, Snapchat recently updated its own augmented reality capabilities, adding a shopping Lens that enables users to browse a variety of items in one location with real-time pricing.

A growing interest in Augmented Reality

Shopify said that retailers with 3D content in their stores had an average increase in conversion rates of 94%. According to Shopify, some retailers that employed 3D models in AR saw up to a 250% boost in conversion rates. Additionally, Vertebrae study from 2020 was highlighted, which revealed that customers who engage with augmented reality (AR) had conversion rates that are 90% higher than those who do not.

Pinterest pointed out that its users were five times more likely to make a purchase from a “Try On”-enabled Pin than from a regular Pin. With 3.37 billion search clicks in 2021, home décor is the most popular category on its website. Because of this, this most recent AR project may reach a wider audience than its AR beauty shopping features. The firm did not provide specific figures on the overall number of queries, but it did highlight its visual search tool, whose usage climbed by 126% year over year.

Give your customers the next-generation eCommerce experience

Tulfa is a US multinational company offering immersive eCommerce experience by leveraging Augmented and Virtual Reality. We strive to bring brands and their customers closer with our next-gen 3D solutions and provide a high-quality interactive experience. Brands ranging from fashion to furniture, from hardware to kitchenware, and more are on board with us to offer high-quality, interactive 3D experiences to their shoppers.

Come, collaborate with Tulfa. To know more, email us at [email protected].

Introducing Walmart’s virtual try-on technology: Be Your Own Model

Walmart is fundamentally changing the market once more by moving away from fashion models and toward “Be Your Own Model” photography. Customers may use this technology to check how clothing will fit them using their own photos or images from a database to see how different things look when combined. 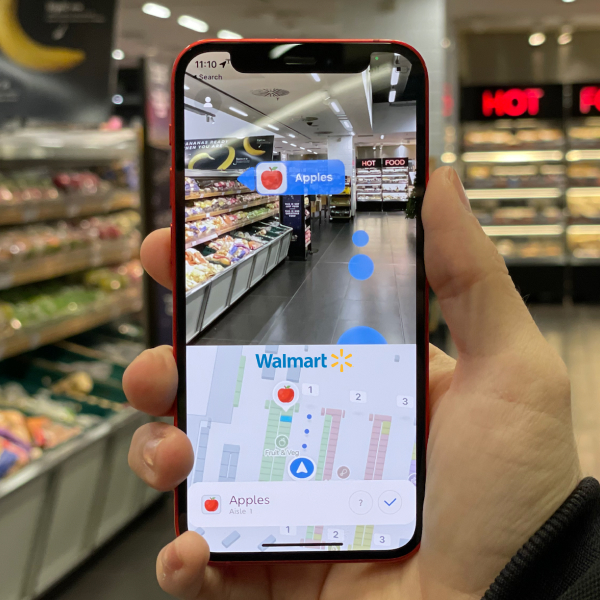 Want a Free Consultation on boosting your eCommerce business?

Submit your email address here,
before you leave.